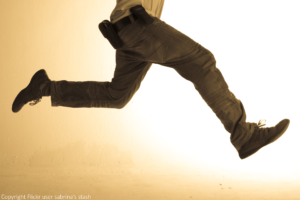 Rushing about seems to be the default way we live our lives. Interestingly enough, because we often rush ourselves, it’s hard to notice when other people rush. But during those times when we are more relaxed, or forced to stop, the signs of rushing are everywhere. On our roads and freeways, at work, in stores and on sidewalks, people seem to have just one speed. The speed of doing things fast. In fact, it can be quite jarring to see someone moving slowly, so accustomed are we to moving at a certain pace. How many times have you been parked at a red light and, as the light turns green, someone slowly crosses the street in front of your car? Chances are that was not a pleasant experience for you.

The problem with rushing is that it isn’t an effective way of being in the world. When we rush we are far more likely to make mistakes, to get into an accident or hurt ourselves. Rushing also means that we are more likely to be in a bad mood, to be angry, fearful or upset, and more likely to be on autopilot and make bad decisions. Rushing also makes it difficult to have a meaningful conversation, to establish intimacy, and it tends to stifle curiosity and the open-hearted attitude of beginner’s mind. Learning is very difficult when we rush. In short, when we rush we are far less likely to experience the joy and richness of being alive.

But the outward signs of rushing are not as important as what is happening inwardly that gives rise to the rushing. And inwardly is where we need to focus in order to stop our rushing. When we rush about physically, most likely a part of us is feeling impatient, or angry, or afraid, or agitated, or desirous, or confused. More than anything, rushing is an internal state of disconnection from ourselves. The following story from my own life illustrates this.

Once I was facilitating an all-day mindfulness training for a corporate client. It was an 8-hour day filled with lots of didactic material presented in PowerPoint and included periods of silent mindfulness practice. But since the day was for beginners, the meditation instructions I gave were quite detailed. So essentially, I was speaking pretty much for the whole 8 hours. Things started off well that morning, but about an hour before lunch, as I was in the middle of a sentence, I noticed that I was suddenly feeling light-headed and queasy. Within seconds I began to feel weak, shaky, and I started breaking out into a cold sweat. It felt like the room was about to spin. Like I could collapse right there in front of the class participants! I sat down and tried regrouping, my energy flagging. I imagined being carried out of the room by earnest paramedics while the horrified class participants watched me with dismay.

I got through the next few minutes and then we came to a break. I left the room and went into the bathroom and entered a stall. The first thing I did was sense in to my body. I noticed that my chest was feeling tight and tense, my breathing strained and shallow. In that moment it hit me: I had been totally out of touch with my body all morning! That lack of awareness made me oblivious to the fact that I had been speaking too quickly, and not breathing normally between sentences. The lack of proper breathing had made me light-headed and queasy. I had induced an artificial panic attack by being disconnected from myself and not breathing in the right way. I knew that I needed to slow down and that is exactly what I did. I returned to the classroom, paused frequently to notice my body and my breath during my presentation, and by lunch time I was feeling fine. In the end I completed the daylong training session as if nothing had been amiss. But I had learned a vital lesson. Because I knew the material so well I acted on auto-pilot and had forgotten to do the most important thing – which was to apply mindfulness to my own experience as I was presenting. As soon as I did pay attention to my experience, the symptoms went away. I had remembered to take care of myself.

Why do we let ourselves get into these states of disconnection that lead to rushing? Mostly because we have the habit of focusing on external things at the expense of what’s happening for us internally. We focus on the product, not the process. We owe it to ourselves to make sure that we are getting what we need in each moment. And this means routinely checking in with our bodies, our breathing, our mental and emotional lives, even in the midst of all the activity, the interactions, and the pressures of our day. When we do this, we automatically interrupt the unconscious rushing that’s been driving us. Instead of being obsessed with DOING things, we stay connected to our BEING, and our actions arise out of that being state.

It should be noted as well that there is a difference between rushing and doing something quickly. Sometimes we need to act quickly – but we can do that while still maintaining a steady, stable, unrushed awareness. 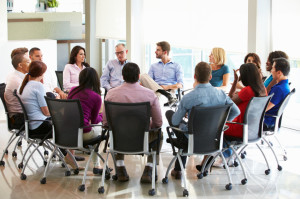